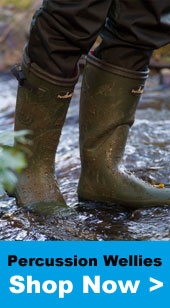 Getting the right shooting gear! 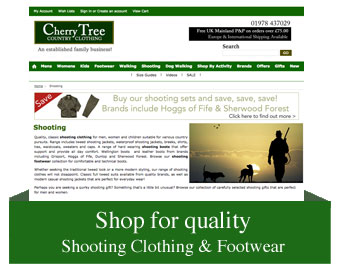 Before going any further, it's worthy of note that wearing and using the right shooting gear is both important and necessary, if you are going to enjoy your activities.

To help you with this, you can shop for our range of shooting clothing, footwear and accessories. Our range includes top quality products from many leading brands such as Percussion, Hoggs of Fife and Grisport, to name a few.

With the increase in demand for game shooting activity in the UK, certainly over the last decade, more and more novices are researching into the sport. Experts write that that this is an accessible country sport that offers fantastic benefits to the environment, whilst making a great contribution to local economies.

Thousands upon thousands of visitors from overseas countries visit the UK every year to enjoy the countryside and the conditions that the UK can offer for game shooting.

Traditionally, game shooting involved groups of sportsmen walking over rough ground with their gun dogs, basically taking whatever was presented. This was deemed leisurely but with regard to shooting activity it didn't really result in much action. Today, game shooting has become more of a sport and is now probably better organised and managed than it ever has been before.

There are two ways to get involved in game shooting in the UK. These are referred to as driven shooting and rough shooting. Basically, the driven method is more formal than the rough method.

This method of shooting is considered formal and is organised therefore on formal shooting ground. The main features of this type of shooting are:

This is the most common form of shooting in the UK and is also known as 'walked-up' shooting. At these events, shooters will have well trained gun dogs that run into hedgerows and woods to flush out game. Spaniels and labradors are the most common breed of dogs that are used for this type of shooting. These gun dogs will also retrieve the shot game.

As there is very little planning and management needed for rough shooting, this is a fairly inexpensive way to shoot. In addition, virtually all quarry species can be walked up. 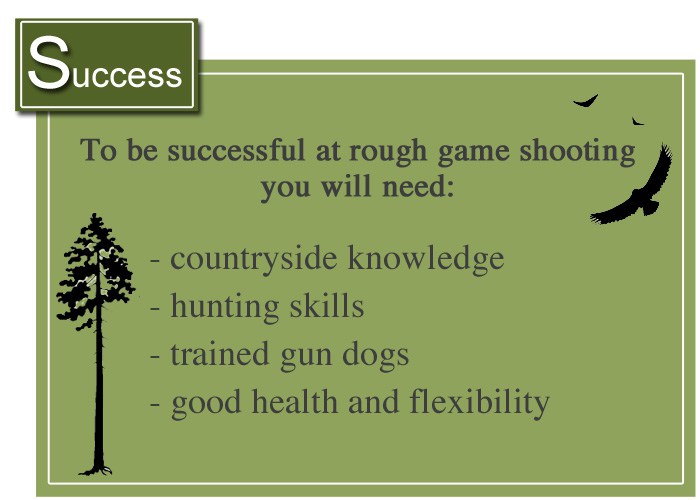 A good knowledge of the countryside is needed to take advantage of the right angles and views of the quarry, as they fly out of the woodland. Plus, understanding the thicket (a dense group of trees and bushes) in which game can hide will make your shooting day more successful.

Assessing your own fitness and good health is important, (maybe check with your GP before any strenuous activity) due to the amount of walking and quick movement that is needed to shoot the flying quarry. However, training up (or borrowing) an obedient gun dog will reduce the amount of walking needed to flush the quarry and to retrieve shot birds.

Syndicate shooting is best described as a group of shooters (guns) renting sporting rights from a landowner. The 'guns' organise and manage the shoot themselves. Typically there are two types of syndicates:

What are the benefits of Game Shooting?

Experts indicate that there are many benefits derived from game shooting. Some experts discuss aspects such as the perceived health benefits of eating game meat, whilst others focus on different benefits such as the ones that follow:

Game Shooting and the impact on Conservation

In the UK, game shooting is considered a major resource when promoting bio-diversity within the countryside. Bio-diversity includes the process of cataloguing a variety of species within a certain area. Species such as white tailed deer and hares along with plants such as sunflowers are monitored, with details recorded to help keep track of the variety of outdoor life.

How does game shooting help conservation?

The Green Shoots Mapping and Bag recording website has been designed by British Association for Shooting and Conservation (BASC) to provide a quick and easy tool to map wildlife within shooting sites. This tool can be used by shoot organisers to map out their shooting land and to identify what species are found on their land.

Game shooting helps towards conservation and bio-diversity by: 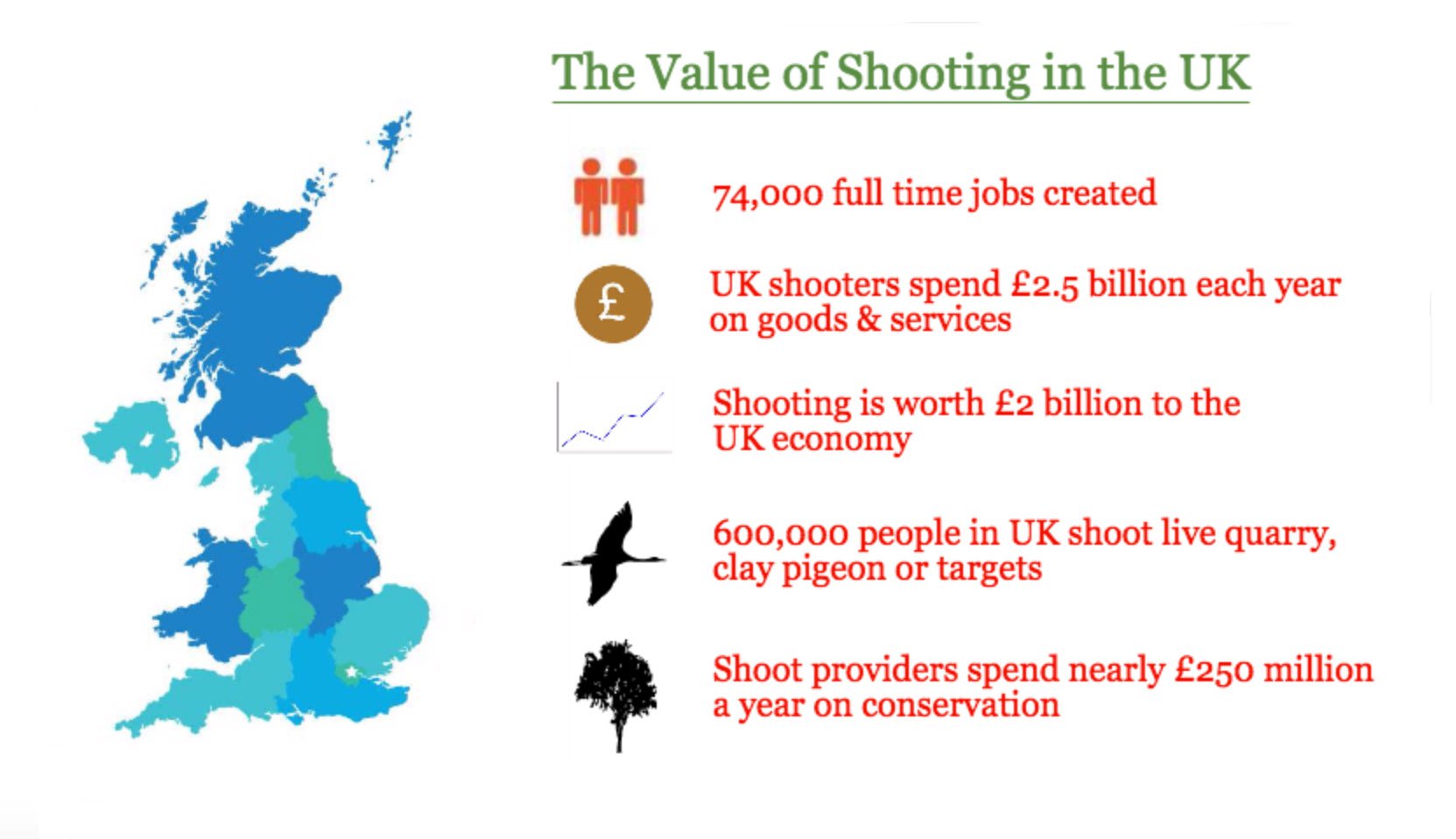 Image: The Value of Game Shooting in the UK on employment, economy and conservation

Hopefully the information above will have helped to set the scene for you. Now you can go on to enjoy the chapters that follow!

Next chapter - Game Shooting in the UK >